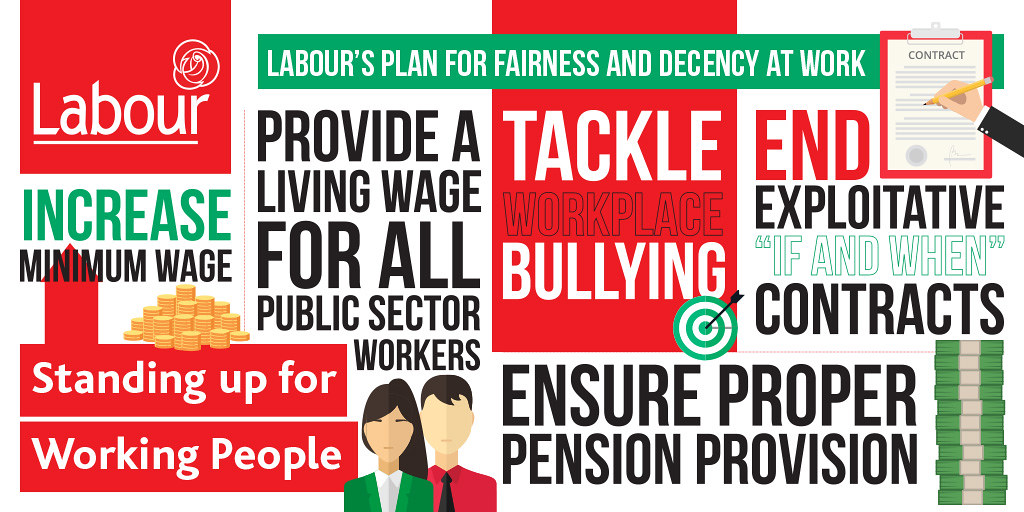 The Report outlines everything that he Government have achieved in the last year and all the legislation that was published and passed into law by the Houses of the Oireachtas.

Labour is Standing Up for Women

Today the quest for gender equality is far from over. We have a wide range of issues to tackle, starting with work and pay.

As Tánaiste and Labour leader, I have always believed that fairly paid and secure work is the single best protection against poverty.

Two-thirds of low-paid workers in Ireland are women. That is a key reason why we have twice increased the National Minimum Wage.

Under Labour in Government, it has risen by more than €3,000 a year – money that makes a real difference to a low-paid worker and their family. The Minimum Wage was designed, of course, as a basic rate, a floor beneath which pay should not fall.

If returned to government, we intend to steadily increase the Minimum Wage so that it becomes a Living Wage. And we will work hard to close the pay gap between men and women. We will also deliver more measures to help families.

In the most recent Budget, we introduced two weeks’ paid paternity leave, which will commence from September next. It’s a modest first step, but designed to acknowledge that men are parents too.

In a second term, we will extend this paid paternity leave and also introduce three months’ paid parental leave to be shared by both parents by 2020. Raising living standards for workers and families is absolutely essential.

But we will also focus on important constitutional change. I know that many of you here tonight feel strongly about the 8th Amendment, and it would be remiss of me not to mention it on such an occasion.

Let me be clear: to attempt to deal with women’s reproductive rights in the Constitution was a bad idea in 1983 and it remains a bad idea today. We want the 8th amendment completely removed from our Constitution.

But we are also pragmatic – we know that in order to win a referendum we need to bring people with us step by step. I welcome the contribution of Labour Women who have published draft legislative proposals to deal with this complex issue.

We in the Labour Party have always stood up for women when it comes to their reproductive rights. And we are the only party that will ensure that a referendum on the 8th Amendment takes place.

The Labour Party will continue to stand up for the rights of women. We will fight to ensure that the Hidden Ireland truly is behind us, and that we build a modern, progressive – and equal – Ireland.

The Minister for Education and Skills, Jan O’Sullivan and Tánaiste Joan Burton have announced additional funding of €3million for student support measures in 2016 at the launch of the new National Plan of Equity of Access to Higher Education 2015- 2019.

This plan includes speicific targets to increase participation of ‘disadvantaged’ students, students with disabilities, mature students, and members of the Travelling community in higher education,

The Proclamation of the Irish Republic shook an Empire and created a Nation.  The 1916 Rising was led by activists, trade unionists, poets, musicians, and Gaeilgeoirí.  Those women and men were challenging the Ireland of their parents and they demanded change.  We in the Labour Party are proud to commemorate the centenary of the Rising and to use this opportunity to question the Ireland that we live in today.  We want to use 2016 as a time to remember, to reflect and to keep focused on our efforts to achieve a true Republic with citizenship, liberty, social justice, equality and rights at its core.

Tánaiste Joan Burton has turned the sod at the GROW HQ building site in Waterford City.  GROW HQ is Grow It Yourself's national food education centre which will open in Waterford in September 2016.

It is the aim of Grow It Yourself that through GROW HQ they can make nutritious food available to everyone and to help people to live healthier and more sustainable lives by inspiring and supporting them to grow their own food.

Speaking at the launch, Tánaiste Joan Burton said "GROW HQ promises to be fantastic resource that will put Waterford on the map as the home of an important food movement. GIY is a really imaginative approach that brings together social enterprise, community involvement, and healthy eating."

Archaic Rule 68 to be Scrapped

Minister for Education and Skills, Jan O'Sullivan announced this week that Rule 68 will be repealed in January.

For the last  50 years the official rule governing our national schools -Rule 68- stated in part, that “of all parts of a school curriculum, Religious Instruction is by far the most important, as its subject matter, God’s honour and service, includes the proper use of all man’s faculties, and affords the most powerful inducements to their proper use.

Minister Jan O'Sullivan said that Rule 68 will be repealed in January, along with any other rules that don't reflect the diversity of our nation.

Minister Alex White has said in today's Irish Independent that only Labour can deliver a referendum on repealing the Eighth Amendement. You can read the original article here.

I campaigned against the Eighth Amendment to the Constitution in 1983, and I look forward to the day it is repealed. It prevents Ireland from having a humane framework to deal with tragic cases, such as the pregnant women whose babies have been diagnosed with a fatal foetal abnormality.

It has created a constitutional morass that doesn't even deliver what its advocates said they wanted. Worse, the amendment endangers the health and well-being of Irish women.

But we shouldn't make the assumption that achieving a repeal of the Eighth will be easy.

This government remains fixed on the proper stewardship of the public finances.-Minister Brendan Howlin

Minister Brendan Howlin recently responded to an editorial in The Financial Times. Link to article here

Your editorial “Ireland should beware a return to boom and bust” (November 27) over-eggs the pudding somewhat. The current government, a coalition of the centre left and centre right, is more than aware of the risks of returning to the past. We have spent considerable energy cleaning up that mess.

Labour is Standing Up for the Environment

Today the Climate Action & Low Carbon Development Bill 2015 has passed through the Houses of the Oireachtas. After years of promised Climate Change legislation, the Labour Party has ensured that this important legislation has finally gone through all stages,

Unlike previous Governments, we have not shied away from our commitment to address climate change. Instead, we have sought to responded in a comprehensive manner to one of the most challenging issues facing this and future generations.