Today during Leaders' Questions Party Leader Brendan Howlin said that the Taoiseach is losing his authority after his idea for an All-Island Forum was publicly slapped down by First Minister Arlene Foster.

Deputy Howlin criticised the Government for their divided position on the Fatak Foetal Abnormalities Bill being voted on in the Dáil this week.

'Do-Nothing' Dáil kicks progress on schools down the road

Last night our Education Spokesperson Joan Burton brought our Equal Status (Access to Schools) Bill 2016 to the floor of the Dáil. The Bill seeks to make it easier for parents to send their children to their local school, regardless of faith. The vote on the Bill is due to take place on Thursday - find out if your local TD will support it by contacting them on [email protected] (e.g. [email protected])

Has the Oireachtas ever been asked by Government to legislate contrary to European law?

Today during Leaders' Questions our Party Leader Brendan Howlin asked the Tánaiste if Water Services Bill going through the Dáil this week is unconstitutional and against EU law.

Deputy Howlin outlined his concerns that the Government was now asking the Oireachtas to pass law that is contrary to European Law and if the passing of the Water Services Bill - essentially suspending water charges would leave us open to a massive legal challenge from the European Commission?

You can find out more about Brendan and Rebecca on our website. 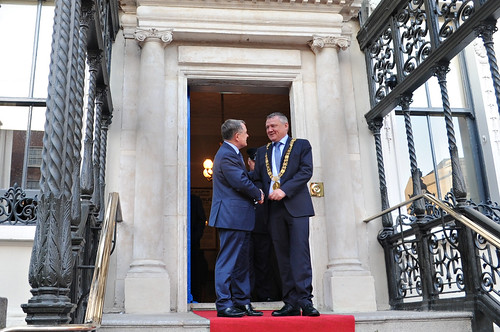 Well done to everyone and we wish you all the best of luck for a productive term of office. 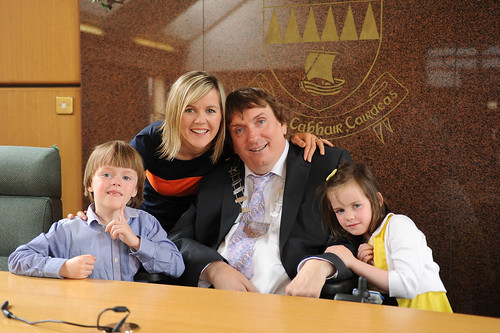 Reflecting on the tragic result of the EU Referendum in Britain Brendan Howlin today offered his sympathy and solidarity to the millions of young Britons who voted to remain in the Europeal Union.

Speaking in the Dáil this afternoon Brendan Howlin said "It is critical at his juncture that what happens now makes the best of this bad lot for Irish citizens of the EU. That is the task that faces the Taoiseach and his Government. It is one that we will support them in and hold them accountable for."

Today we launched our Equal Status (Admission to Schools) Bill with the Labour Leader Brendan Howlin, Deputy Joan Burton and Senator Aodhan Ó Riordain. The Bill, which will be debated during Private Members' Time on Tuesday evening while the vote will be held on Wednesday. The Bill seeks to make it easier for parents to send their children to their local school, regardless of faith.

You can read the wording on the BIll in our policy section, and you can also find more information on the Bill here.

A wonderful day at Dublin Pride

We had a great day yesterday with all the thousands of other people who turned out in Dublin to celebrate this year's annual Dublin Pride parade. Labour members and reps were joined by the Labour Leader Brendan Howlin who said the parade is an opportunity for people from all walks of life to come together to celebrate our diversity.

He also said that while the passing of the Marriage Equality referendum last year was a major advance in LGBT rights and one that we can be so proud of as a nation that 'we cannot become complacent when it comes to LGBT rights'.

Well done to all the organisers and to our Labour LGBT for all their work on the day.

The purpose of this Bill is to amend various pieces of legislation in order to make improvements to the current serious shortage in supply of housing for sale or for rent at affordable prices, and to ensure a stable and functioning housing market.

We were delighted to welcome pupils from Roxboro National School, Co Roscommon with winning student Carole to the Dáil. Carole was the Connacht/Ulster winner of the Labour Party 1916 Primary School Art competition 'My Republic'.

The class enjoyed a tour of the House after meeting the Party Leader Brendan Howlin - maith thú Carole!

This morning we're launching our Social and Affordable Housing Bill 2016. You can keep up-to-date with everything that's happening in the meeting from our Twitter account.

We will look to see if reference rents applies to Student Accomodation - @JanOSullivanTD replying to @TheUSI pic.twitter.com/9xBquS62SV

We'll have more on the Bill and this morning's meeting with organisations and campaign groups with an interest in housing, later on the blog. In the meantime you can read the Bill from the link .

(You can also read the Bill's memo here and a guide to our Social and Affordable Housing Bill here.)