Previously we profiled some of our first-time women candidates and now it is the turn of our first-time male candidates. First up is Derek Nolan, chairperson of the party in Galway, and standing for Galway County Council. An active campaigner with Deputy Michael D Higgins, Derek has worked on issues relating to health, housing, social welfare, education and human rights.

Speaking about Friday's elections Derek said: "These elections offer the opportunity to bring about much needed change, by making the council more accountable. Councillors should be efficient and hard working but most of all responsive to community needs.

"We can improve Galway by fighting for more and better public housing, integrated public transport, by developing all our services and by providing much needed facilities for elderly and young people." 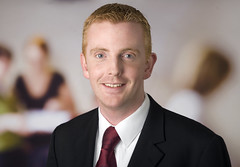 Dermot Looney is our candidate in the Tallaght Central ward for South Dublin County Council. He has been blogging his way through the election with short posts summing up his day's campaigning work. A primary school teacher Dermot initiated the 'Putting Kids First' campaign against increases in class size and cuts that hit children.

"Our campaign is different. I am standing up for communities across Tallaght Central. I am standing to ensure we get more and more local people back into sustainable and decent employment. And I am standing for a more radical change in how the Council works, where working people, the elderly and the excluded get the breaks, not developers, speculators and other government pals."

As we said earlier Dermot has been campaigning not only at the doors but through the internet. You can check out his Labour page here and blog, Dermot is also on Twitter and Facebook, among others. 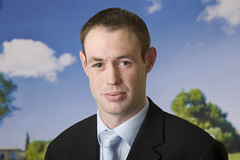 Our next first-time candidate is Michael Conway who lives in Lixnaw and is standing in Listowel for Kerry County Council. Michael is a keen sportsman playing hurling and football. He is a carpenter by trade and was inspired to get involved in politics to "highlight and fight for better and affordable housing for those in the lower income bracket".

He adds: "As someone who lives and works locally, I am aware of the problems that many people face and am committed to contributing and working hard towards the continued development of our community." 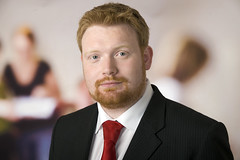 Donall O'Brien is standing for Trim Town Council. He has been involved in many of his local community groups including The Family Resource Centre, Cluain an Duchais as well as treading the boards for Trim Drama group.

Donall joined the Labour Party because he said "they were the only party that expressed concern for the entire social community".

He explains: "It is vital that at this current time that each voice in the community is given time to have their problems heard and I feel the Labour party is best at delivering this."