Deputy Robert Dowds is hiring a secretarial Assistant to work both in his constituency office in Clondalkin and in the Dáil office. The role will involve administrative organisation of constituency office affairs including a full range of secretarial duties and direct communication with constituents/correspondents. This is a busy and demanding role, which requires a high degree of confidentiality and sensitivity, flexibility and keen personal initiative.

[Find out more about the position on our recruitment page.]

Interested candidates should have strong communication skills, be able to prioritise a busy and diverse workload, be interested in and knowledgeable about public affairs and political campaigning, and demonstrate a proven capacity for office administration including a good working knowledge of Microsoft Office.

Two weeks ago, I met my younger sister for tea...

Deputy Anne Ferris yesterday spoke poignantly about her own experience being adopted from a mother and baby home. You can watch her entire speech from the video and we've included a transcript of what she said below.

Two weeks ago, I met my younger sister for tea across the road in the Merrion Hotel.

It was an unusual day, but not because neither of us had taken the time to have tea in the very posh Merrion Hotel. It was unusual because it was the first time we had ever shared a pot of tea. Before that day two weeks ago, I had never laid eyes on my sister.

The two stages of the Cabinet reshuffle are now completed and below you'll find a list of the Labour members of Government.

Kathleen Lynch TD - Minister of State at the Department of Health With Special Responsibility for Primary Care, Mental Health and Disability

"We will ensure the recovery works for the many and not just the few, and that the burden borne by the people of this country has not been in vain," the Labour Leader and Tánaiste Joan Burton said at the launch of the Government's priorities 2014 - 2016.

The Tánaiste said housing would be the number one priority for the remainder of the Government's term.

"We will set in train a construction programme to triple the number of houses built to 25,000 a year by 2020. There are currently 80,000 construction workers unemployed and such a programme will create a virtuous circle - helping them back to work and providing homes for families.

"Today, this Government is setting out how it will avail of that opportunity to ensure that the recovery improves living standards for every person, every family and every community... We will deliver a social recovery - to ensure that the burden borne by the people of this country has not been in vain," the Tánaiste Joan Burton told the Dáil today during a speech following the Cabinet reshuffle.

The Tánaiste also confirmed a construction programme to triple the number of houses built to 25,000 a year by 2020 as well as the holding of a referendum on marriage equality next spring. You can read the Tánaiste's entire speech in our media centre or watch it back from the video.

The new Leader of the Labour Party and Tanaiste is Joan Burton and the new Deputy Leader is Alan Kelly. Below you can hear what Joan said following her election. 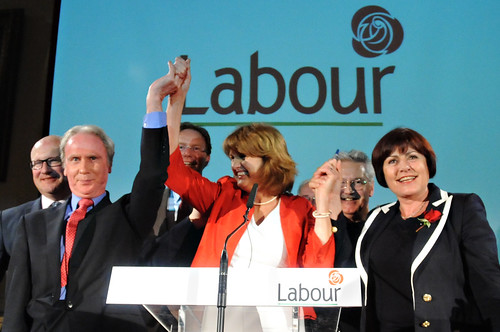 And below that we've also posted what Alan Kelly told party members following his election. We'll have more photographs from the day soon on Flickr. Congratulations to both Joan and Alan and well done to all the other candidates for a great leadership campaign. A big thanks also to our party members for their enthusiastic participation and engagement.

Leaders' Questions today was taken by Minister Ruairi Quinn. The issues debated were social welfare fraud, the health budget, and the Housing Assistance Payment. You can watch the entire proceedings back from the video.

The final Leadership hustings takes places tonight and once again we're livestreaming the debate here from 7.30pm, do tune in and you can also follow Labour on Twitter for more updates.

We've compiled a playlist of all the Leadership candidates' speeches which you can view back from our YouTube channel.

In this post Angelina Cox posts about the session Saturday panel at the Tom Johnson Summer School entitled 'Europe's Role in Reducing Inequality'.