Today we launched our Equal Status (Admission to Schools) Bill with the Labour Leader Brendan Howlin, Deputy Joan Burton and Senator Aodhan Ó Riordain. The Bill, which will be debated during Private Members' Time on Tuesday evening while the vote will be held on Wednesday. The Bill seeks to make it easier for parents to send their children to their local school, regardless of faith.

You can read the wording on the BIll in our policy section, and you can also find more information on the Bill here.

Speaking at today’s Bill launch, Joan Burton TD said: “Children benefit from meeting and getting to know children from various backgrounds and religions in school. Diversity in our schools is an opportunity for our society, not something that we should feel threatened by.

“As a TD, I have come across many parents who have felt obliged to baptise their children in order to secure a school place. This is not fair, and while our Bill won’t solve all of the problems, it will go some way to addressing the issues.

Diversity in our schools is an opportunity for our society not something we should be threatened by - @joanburton pic.twitter.com/78FusDKtWl

Our Party Leader, Brendan Howlin said we need to end the practice of children and parents being treated unfairly by their local schools.

Parents and children should be treated in an equal way for schools admission - Brendan Howlin pic.twitter.com/Q2Mc4lI3GQ 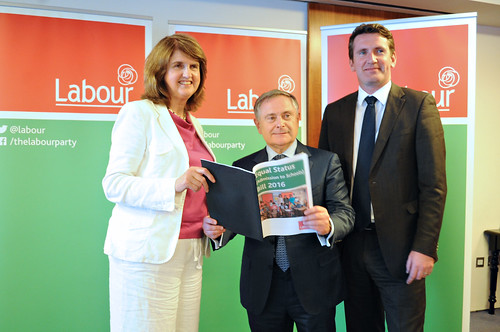 You can read the wording on the BIll below, and you can also find more information on the Bill here.