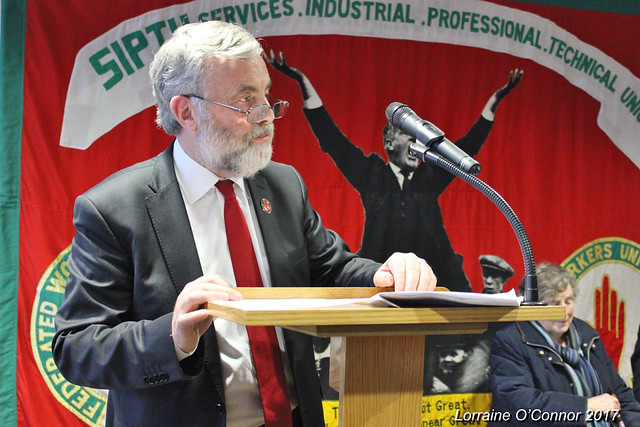 On the formation of SIPTU in January 1990, he was appointed Regional Secretary in the Midlands and in 1997 he took on the additional responsibility for the union’s South-East Region. In contrast to his earlier trade union experience, the workers he represented during this phase of his union involvement were predominantly employed in the private sector. He was elected as SIPTU’s Vice President in 2000.