This afternoon Eamon Gilmore TD, Leader of the Labour Party, introduced four new candidates who have been selected over the last while to be Labour Party candidates in the forthcoming General Election.

They are Lorraine Higgins in Galway East, John Whelan in Laois/Offaly, Senator Ivana Bacik in Dun Laoghaire and Michael McNamara in Clare.

Speaking to journalists, the Labour Leader said: "We are now competing the first stage of our candidates selection process and we expect to have candidates in all 43 constituencies by the end of the week."

Eamon's full statement can be read in our media centre and you can see more images from the press conference on Flickr.

Last night we were at the edges of our seat watching the drama unfold in the Ireland South count which returned Senator Alan Kelly as MEP with 64,152 votes while earlier in the evening in Punchestown Nessa Childers was deemed elected with 74,666 votes. Alan and Nessa managed to take the two seats in Ireland South and Ireland East, the first Labour seats in the two areas since 1979.

pictured at the RDS count on Sunday evening.

The final counts and recounts are being totted up and Labour's strong showing throughout the country has resulted in this Local Election being Labour's best ever.

Speaking after the election the Labour Leader Eamon Gilmore said: "One of the most encouraging aspects of the local elections for Labour has been the election of so many young, first-time candidates. We have now in place a new generation of young, articulate, capable candidates who will change the face of the Labour Party and change the face of Irish politics over the coming years."

As we post 130 councillors have been returned with some counts still ongoing; representing an increase of 50 per cent since 2004 in the number of councillors we have in local authorities throughout the country.

Counting is still continuing in the Local Elections and so far we have made fantastic gains throughout the country in what has been the best Local Election ever for the Labour Party and it is thanks to you. Our candidates have polled 17 per cent nationally bringing home many first-time candidates with many candidates topping the poll.

Local authorities up and down the country will return with many of our first-time candidates while in Dublin's councils Labour has swept the board becoming the largest party.

Speaking on RTE this afternoon the Leader of the Labour Party Eamon Gilmore TD said "we are going to build and grow from this base" adding that many of the newly elected first-time candidates will be candidates in Dail elections in the future.

The votes are in and the count is on 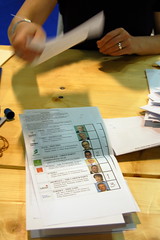 We would like to thank everyone who voted Labour and who helped in the election campaign throughout the country. The votes are in and early indications show that we are winning seats all over the country.

These are the sites that we are following for up to the minute results:

Be part of the Solution; vote Labour on June 5th

The elections tomorrow are important - the most important 'mid-term' elections I can remember.

Certainly, they are an opportunity for the people to pass their verdict on Fianna Fáil.

But they are much more than that. They also give each of us the chance to convert protest into purpose. To be part of something new. To start the work of national recovery, by shaking up politics.

Previously we profiled some of our first-time women candidates and now it is the turn of our first-time male candidates. First up is Derek Nolan, chairperson of the party in Galway, and standing for Galway County Council. An active campaigner with Deputy Michael D Higgins, Derek has worked on issues relating to health, housing, social welfare, education and human rights.

Speaking about Friday's elections Derek said: "These elections offer the opportunity to bring about much needed change, by making the council more accountable. Councillors should be efficient and hard working but most of all responsive to community needs.

Cherishing Children - our Manifesto for Children

"The Labour Party's Manifesto for Children puts children at the heart of how we organise our society", the Labour Leader Eamon Gilmore TD said today speaking at the launch of our manifesto for children 'Cherishing Children' which was also attended by Deputy Leader Joan Burton and our by-election candidates Senator Alex White (Dublin South and Senator Ivana Bacik (Dublin Central).

Click here for a full listing of all women candidates

Niamh McGowan was born and bred in Ratoath, where both her parents taught in Ratoath National School.

Niamh is one of our candidates for Ashbourne, Ratoath, Dunshaughlin and Dunboyne. 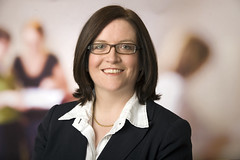 Being a working mum of two young children, Niamh has a good understanding of the needs and concerns of many people and families across south Meath.

She is a barrister specialising in employment, labour and equality law

Candidate for the Dublin Central By-Election

Ivana Bacik, Labour's candidate for Dublin Central said that she will be working flat out with the Labour team in Dublin Central between now and 5th June polling day to secure a victory and strengthen Eamon Gilmore's team in the Dáil.

Senator Alex White is Labour's candidate for Dublin South and has represented the people of Dublin South since 2004, first as a Councillor on South Dublin County Council and since July 2007 as a Senator. Alex is the leader of the Labour Group in Seanad Eireann and the Party's national spokesperson on Children.