I believe in communities working together to improve local services so that everyone can have a better quality of life. As a councillor, I have actively worked on community projects and in providing better transport and health services for everyone.

Social recovery means working for better childcare services, ensuring more access to community employment programmes, and building more houses for families to live in. Working with the new Labour Leader, Joan Burton, and local Labour TD Pat Rabbitte , I will prioritise these issues and make sure Dublin South West has another strong voice in Dail Eireann. 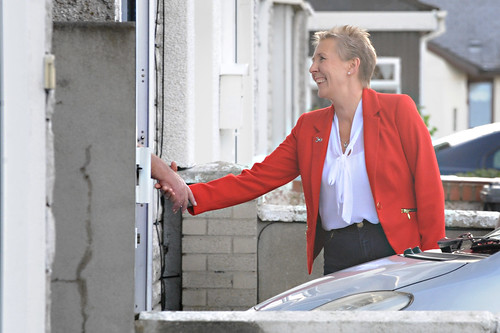 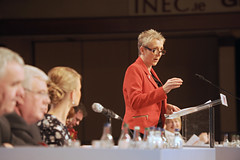 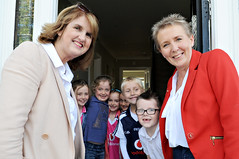 The Tánaiste Joan Burton on Pamela:

“Since I was elected Labour Party Leader and became Tanaiste, I have been calling for a social recovery to accompany the progress that has been made in fixing our broken economy. I know that these are the issues are important to Pamela Kearns and to people throughout Dublin South West. I am asking you to support someone who will put the social recovery at the heart of her work in Dail Eireann by giving Pamela Kearns your number 1 vote.”

"Councillor Pamela Kearns is grounded in the local community and will make an excellent representative for the people of Dublin South West in Dail Eireann. Thanks to hard-work, the economy is improving and progress is being made. Now is the time to ensure that the recovery benefits the many not the few. That means more houses, more school buildings, and better local services. Pamela Kearns combines the qualities of being in touch with the community, with an ability to make a difference as a public representative. I am asking you to give her your number 1 vote.”

add to your contacts