LW Submission on the Review of Legislation on Prostitution

Labour Women Conference first supported the so called 'Swedish model' back in 2001. Two years earlier Sweden had passed a law which was unique in the world : legislation which criminalised the purchaser of sex. This approach completely turned around the myth that prostitution is inevitable or that prostitution is fine because people choose to do it. The Swedish approach saw prostitutes as people with either little choice or with misguided reasons to enter prostitution, and attempted to protect them with this legislation. The approach saw the buyer as the one who has to be reined in and punished for using persons who engage in prostitution.

Labour Women joined the Turn Off the Red Light (TORL) for the launch of the TORL submission on prostitution laws. 55 organisations representing at least 2 million people came together to voice their support for the campaign to legislate to criminalise purchasing sex. Labour Women joined organsiations such as SIPTU, IMO and Ruhama to call for this legislative change. 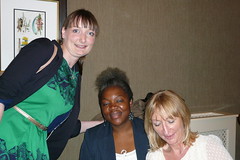 A message from Katherine Dunne, outgoing Chair of Labour Women 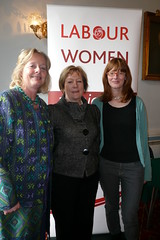 At a meeting of the Labour Women executive on Saturday I stood down as Chair of Labour Women, having accepted a job offer in the UK starting in August. The five years I have served on the Labour Women exec, the last three as Chair, have been challenging and rewarding in many ways. It has been a pleasure to work with members of the party at all levels to increase women's participation in the Labour Party and put women's issues on the agenda.

Labour Women has welcomed the passing of the Electoral (Amendment) (Political Funding) Bill 2011 in the Dáil and the Seanad this July. The passing of this bill sees LW achieve their goal of legislating to increase the participatuion of women in politics materialise.

The bill is a measure to increase the participation of women in politics. Parties that do not run a minimum 30% female candidates in general elections, increasing to 40% over time, will lose half of their state funding. The parties have a choice to make, but if their choice is not to run sufficient number of women they choose to give up some of their funding.
The evidence has showed that 'softer' measures to increase women's participation have not worked. A legislative incentive is needed to increase women's political participation.

Labour Women welcomes the final stages of the Electoral (Amendment) (Political Funding) Bill 2011 which passed in the Dáil yesterday and returns to the Seanad today. The bill contains measures to increase the participation of women in politics by imposing financial penalties on parties that do not run a minimum 30% female candidates in general elections, increasing to 40% over time. 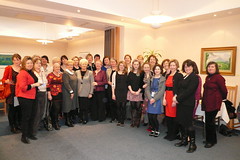 Labour Women has welcomed the announcement of a Government Public Consultation on amending Irish prostitution laws.

This Consultation is a result of both the changed nature of prostitution in Ireland and the growing campaign to change the prostitution laws. Prostitution is no longer something that happens on the streets. Instead most of it takes place in apartments and off-street locations, making the trade more invisible.

The 5 reasons for women to vote YES are the very same reasons the Labour Party has been talking about during this campaign. Strong euro, Good housekeeping, Investment and Trade, Safety net and Growth. All are good for women. 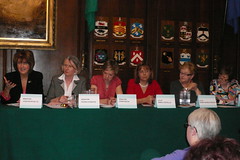 The Lord Mayor Cllr Andrew Montague opened the event with his welcoming words. 'We have made progress in the 40 years that Labour Women have been working for women's advancement in politics, but we continue to have a lack of women in political decision-making. It is particularly at local level where we must attract women to put themselves forward in election.' The Lord Mayor has been a long-standing supporter of more balanced politics and issues that affect women. 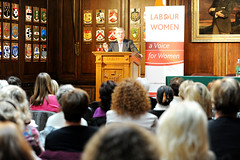